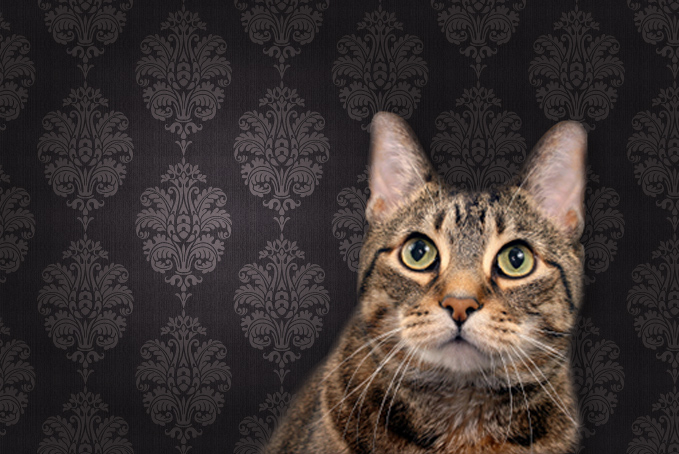 Q. My cat has been trying to cough up a hairball for weeks now, but nothing is coming out, except occasionally a bit of phlegm. What should I do?

A. You definitely want to see a veterinarian. Your cat may have Asthma!

Asthma in cats is a lot more common than you would think! Approximately one percent of the cat population is affected, which may not seem like a lot, but in a clinic like mine, one in one hundred cats means that I can sometimes see up to three or four cases per month! Poor kitties.

Asthma in cats is clinically very much like asthma in people. The clinical signs are just what this owner has described above. They are coughing repeatedly throughout the day and it often sounds like a hairball that just won’t come up, which is why many owners don’t get concerned until the disease is quite advanced. Remember too, though, that cats are extremely good at hiding the fact that they are sick! So they may not act much different from normal until they are in severe respiratory distress. Other signs may be subtle changes, like increased effort to breathe (even at rest), lethargy, and wheezing.

In cats, just like with people, asthma starts with increased mucous production in the airways, followed by swelling of the small airways in the lungs. Then the lung tissue develops inflammation or thickening and can even ulcerate on the lining. As the disease progresses, the airways begin to spasm and will constrict, making breathing extremely difficult and this leads, of course, to coughing.

The symptoms can be worse certain times of year, like spring or fall when the pollen count is higher, or mid-summer when it’s humid out. There are environmental considerations as well, since second-hand smoke can exacerbate the signs, as can dust and other contaminants.

Your veterinarian will do a full physical examination with particular attention to the lung sounds (the wheezes can often be heard with the stethoscope). Bloodwork is done routinely to rule out other problems, including feline heartworm, which can cause similar signs. Radiographs are recommended and should be done in every suspected case of asthma, so the veterinarian can evaluate the severity of the disease and rule out other potential causes of coughing. Sometimes the radiographs look normal, especially in the early stages, so we occasionally do a response to treatment as a diagnostic trial.

Treatment for asthma can involve medication in the form of pills or injections (often steroids and/or bronchodilators). There are inhalers for cats (and, interestingly enough, dogs and horses too!) which are much easier on the cats body than steroids. Cats can tolerate steroids very well compared to other species, but it is not without its’ risks. Inhalers are just not tolerated by some cats though, so there isn’t much other choice than injections or pills.

Either way, asthma in cats can be managed, and the coughing either eliminated or kept to a minimum.

If that “hairball” just won’t come up, check with your vet clinic right away!