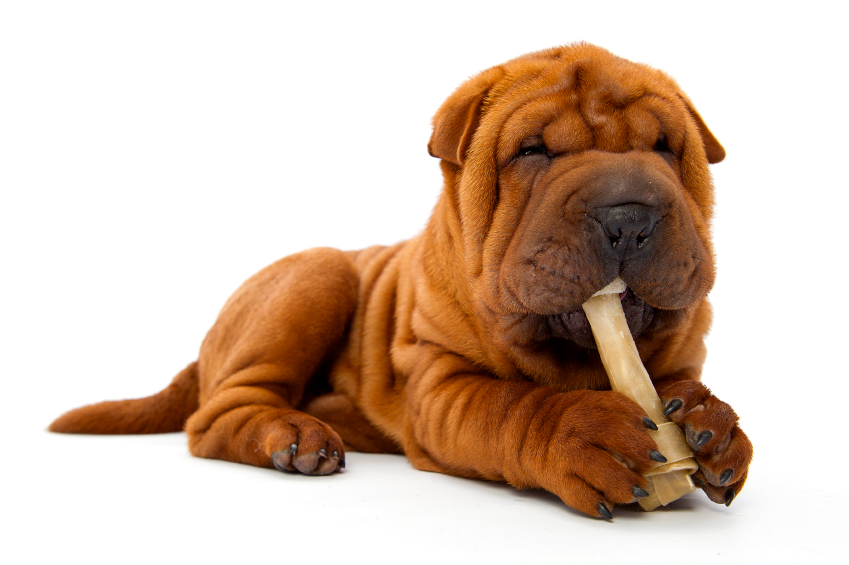 Entropion is a condition that can be very serious for the animals as it can affect their vision. Entropion rolls the eyelid inward so the eyelashes rub against the eye, causing discomfort for the animal. The condition is congenital, although, it is common in some breeds of dogs. Entropion is more common in dogs than in cats. It can also develop in senior dogs or dogs that have lost muscle tone.

Certain breeds are predisposed to entropion such as Chow Chow, Chinese Shar-Pei, Irish Setter, Golden Retriever, Labrador Retriever, Collie, Great Dane and Rottweiler, but the condition is not limited to these breeds. Animals that have been diagnosed with entropion should not be used for breeding purposes.

Entropion can cause serious and permanent damage to the eye, starting with ulceration of the cornea. If left untreated, the chronic irritation to the cornea can cause permanent scarring and blindness.

Symptoms of the entropion can include:

Entropion can affect both the upper and lower eyelids, and can affect only one eye although that is uncommon.

Surgical correction of the rolling effect of the entropion condition is necessary, and usually permanent (except in Shar pei’s where it can seem fine for months and then roll in again!). Most of the time one surgery corrects the problem. Sometimes a second surgery is required. Most vets err on the side of caution, which means a higher probability of a second surgery, but that’s preferable to overcorrection or ectropion, which can create a whole other set of problems.

If you notice any of these symptoms in your dog, please contact our Brantford animal hospital right away! The sooner we fix the problem the better it is for your dog!