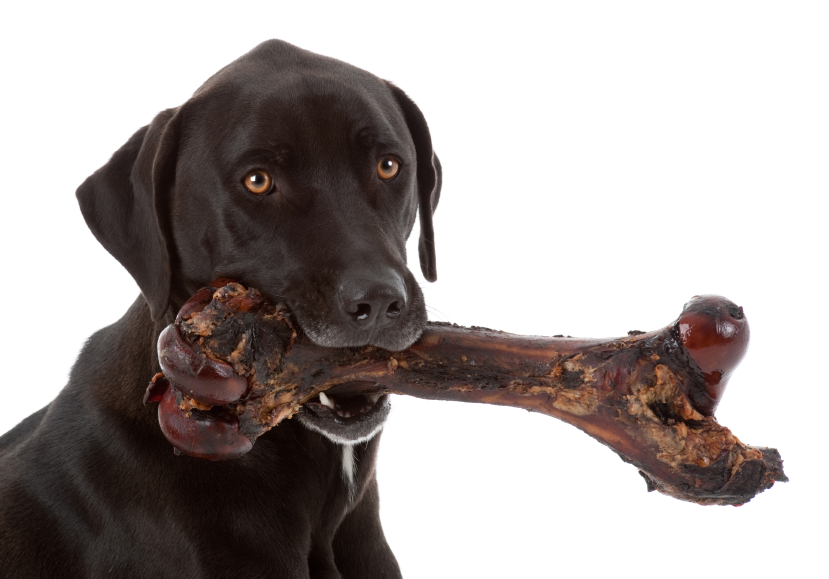 Jazz had a great Christmas. She was given a ham bone as a gift and went to town. She loved it!

On Boxing Day Jazz’s family decided to take her to our local emergency clinic, Brant Norfolk Veterinary Clinic because she was straining to defecate. The vet there found an impaction just at the tip of his finger that Jazz could not pass.  X-rays were performed and there was fecal matter mixed with bone in large amounts that could not seem to pass through the pelvic inlet. Initially 3 enemas were given and attempts to break down the obstruction were attempted.  Four additional enemas were administered overnight.

Jazz came back to Park Road on the 27th. The obstruction had not moved and she was pretty depressed. At this point her anus was bleeding. We also tried 3 enemas and attempted to break up the obstruction we could feel at the tip of our finger. Jazz was such a good patient!

At this point the vets at Park Road were worried about obstipation—this is one step beyond constipation and needs extreme medical intervention to resolve. Our fear was that there was too much bone matter to be able to pass and that days of repeated enemas would not be productive. Together with Jazz’s family we decided to go in surgically to manipulate the obstruction and milk out all the boney shards.  The biggest fear was if we had to go into the colon, this is a highly contaminated environment! The hope was we could do all the manipulation we needed without having to make any incisions into the GI tract. Just in case we started Jazz on aggressive doses of antibiotics to decrease bacterial loads in her colon.

A large midline incision had to be made to get the adequate access to the intestinal tract for the surgeon. The entire colon was full of sharp, boney shards. The obstruction at the pelvic inlet was manually broken down but at the same time another veterinarian had to go in rectally to remove the broken up pieces. It was very difficult to do and while the colon was viable there was a lot of tissue manipulation to get everything from the appendix down milked out. The rest of the intestines were empty. As well the entire GI tract did not have any peristalsis—the normal movement that moves ingesta along. This condition is called ileus and in itself is painful and after an extensive abdomen surgery we often have to use drugs to get the bowel going again and these drugs also reduce vomiting.

As a veterinarian I KNOW many dogs have bones and many dogs have no problem….my point is that I see the problems…and when there are problems they are horrible! Poor Jazz had to go through all the discomfort of the blockage and then the surgery and recovery. No to mention that the $10 ham bone that ended up costing over $2,000!

I never, ever give my own dog a bone. I do not let any of my family give their dogs a bone. Please listen to this cautionary tale!