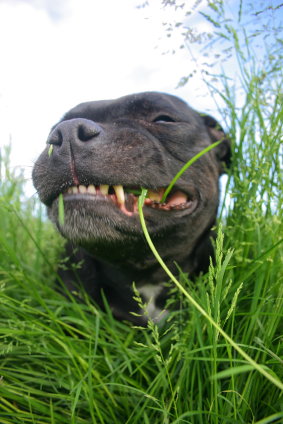 Tick-borne diseases are becoming more common in Brant County.  The population of ticks that carry these serious diseases has expanded rapidly, even to city areas. So far at the Park Road Vet Clinic we have diagnosed 3 dogs with Lyme disease, 2 dogs with Ehrlichiosis and 2 dogs with Anaplasmosis.

Lyme disease is caused by a type of bacteria (Borrelia burgdorferi) which is transmitted by a tick bite. There are several species of ticks which carry Lyme disease, most commonly the Deer Tick. When the animal is infected the organism is carried by blood to body parts such as joints.  Signs are difficult to recognize since symptoms are similar to other diseases or can be delayed for over a year.  The dogs shows signs of pain, sudden limping, sometimes switching from one leg to another, swollen joints, fever and even stop eating.  If untreated, the signs may disappear and then recur weeks or months later.  Once diagnosed, treatment with a lengthy course of antibiotics is started.  There is a vaccine available for Lyme disease, please call the clinic for more details and to book an appointment.

Dog A was previously tested 2 years ago and was negative.  He used tick prevention since he lives in an area where he frequently gets ticks on him.  The owners decided to sign the heartworm/tick test waiver and use the prevention last year.  He then had an episode of lameness after a camping trip.  This year the heartworm/tick test came back as positive for Lyme disease.  He was then treated with medication for a longer course with antibiotics to fight the infection.

Dog B, who was previously negative for Lyme disease, was tested this year and was positive and treated for a longer course of antibiotics.  He has shown no clinical signs.

Ehrlichiosis is caused by an organism called “Rickettsiae” which is similar to a bacteria. It is transmitted through a bite from an infected tick, most commonly the Brown dog tick. There are different stages of this disease. Early signs may be a fever, weight loss, trouble breathing, and bleeding disorders. The dog can pass through the first stage without us even knowing there is something wrong. At the next stage, the dog may get rid of the organism or may start to show long term signs such as anemia, bleeding problems, lameness, eye problems, neurological signs. Treating a dog with signs of illness depends on what clinical signs they are showing.  They may require a blood transfusion if they are having bleeding problems. This doesn’t treat the disease so they will need to be treated with certain antibiotics for a long treatment.

Dog C was adopted from a rescue organization in the USA.  She came to Canada, was tested and was positive for Ehrlichiosis. She was treated with a medication for 30 days to prevent clinical signs from appearing.  Several months later we performed a heartworm/tick test which came back positive for Ehrlichia.  Since she had been positive previously we performed further testing to see if it was a current infection or the previous levels can take from 6 – 9 months after an infection for antibody levels to decrease so that it will be negative.  The further testing showed that there was not a current infection and therefore we do not need to do any further treatments at this time.

Anaplasmosis is caused by a bacteria which infects the blood cells.  It is transmitted by a tick bite.  Symptoms are similar to other tick-borne diseases and are often vague and nonspecific.  Signs can include fever, stops eating, bleeding disorders, bruising, lameness, neurological signs.  Further testing may be necessary to determine if treatment if necessary.  If treatment is decided to be beneficial then the doctor would prescribe a longer course of antibiotics and monitoring blood levels.

Dog D who was previously tested and on tick prevention for several years was positive this year for Anaplasmosis. We then did further testing which showed that there were not any other signs or concerns on blood results and will be monitoring for clinical signs and retesting to ensure he has kicked the infection.

These tick-borne diseases can also be transmitted directly from the tick bite to humans.  Therefore, the best way to prevent tick-borne diseases is to keep yourself and your dog from being exposed to ticks. We recognize that this is easier said then done. Ticks are generally found in grassy, wooded, and sandy areas. They get onto animals by climbing to the top of a leaf, blade of grass, or bush/tree. They then wait there until they sense and animal close by which they can latch onto. Check your pet routinely for ticks. If you find a tick on your pet it is best to remove it as soon as possible. If it is still moving around then it has not fed yet. Remove the tick immediately and put it in a tightly sealed container with rubbing alcohol or crush it between two solid surfaces. If you find a tick attached to your pet, soak tweezers in rubbing alcohol, wait a minute then grasp the tick with fine tweezers or a tick remover near the dog’s skin and firmly and slowly pull it straight out. You may want to wear gloves so that you don’t get any contents of the tick (blood) on you to prevent the disease from spreading to you through a cut.  There are also several preventative medications that can help with ticks so please give us a call to discuss what would work best for your dog.