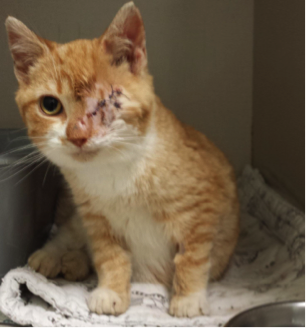 Puddles was brought to our rescue Love on Four Paws when he was found by one of our lovely technicians. He had a badly infected eye and was suffering from a severe upper respiratory infection. He was also extremely small for his age, at 9 months old he was only 3lbs. We treated him for his infections and when he seemed well enough we removed his left eye as it was beyond saving. He had a rough recovery and we thought we might lose him. I took Puddles home to foster him during his recovery. The hope was that it would help with his socialization to be around my kids and other pets and when he was well enough we would find him his forever home.

As the days passed and Puddles continued to struggle with major respiratory issues it was becoming clear that there was more going on than just a bad case of infection. He was not getting better despite the antibiotics we had him on. He slept 90% of his days, he vomited off and on and struggled to breathe and he had the most abnormal purr I’ve ever heard. I brought Puddles back to the clinic and the testing ensued. Puddles did not do well with restraint and he would stress and fight when held for any procedure as he struggled to breathe. We were able to get blood to run and we also did radiographs and an ultrasound. The testing showed abnormalities but nothing definitive. We went through different possibilities and battled with false positive Heartworm results. Heartworm in cats is different and more difficult to diagnose in cats than in dogs. We had come to the decision that Puddles was not a candidate for the adoption program as he was not healthy. This did not matter much because the little fighter had already won our hearts and made our house his forever home. We would do our best to make whatever time he had being happy and well loved.

After some more research the idea was presented that perhaps he had something obstructing his airway like a polyp, not common but not unheard of. A polyp is a benign mass. The doctors at the clinic had never come across one in all their years of practice but with his condition far from improving we needed to check. This meant putting him under another anesthetic – something that he may not come out of. The idea was extremely scary but I knew it was in his best interest. I prepared myself that day for the idea that he may not come home with me. I brought him in and we prepped him for surgery. Dr. Sarah Martin, our technician Deanna and myself went into surgery with him. As we anesthetized him we noticed right away something was not right, something was wrong with his throat. 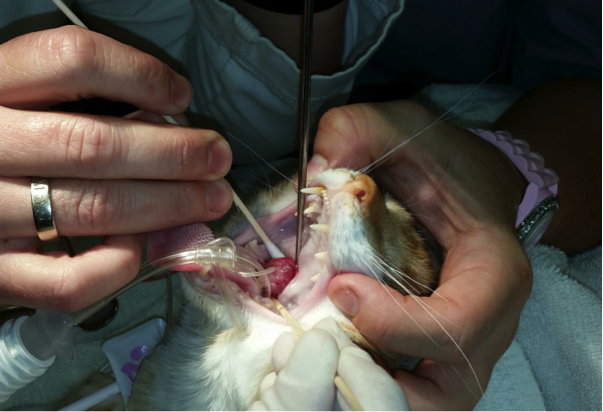 As soon as he was fully unconscious Dr. Martin started to explore his throat. What we saw shocked us all, he indeed had a polyp!! – approximately 2 cm in diameter obstructing his airway. Dr. Martin promptly removed it. It was amazing! He awoke out of his anesthetic well and had a speedy recovery. 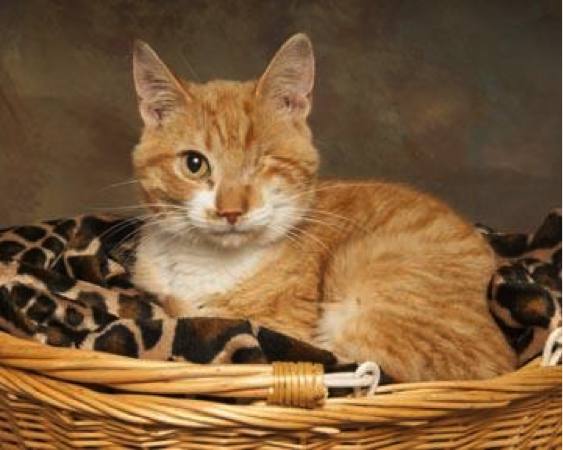